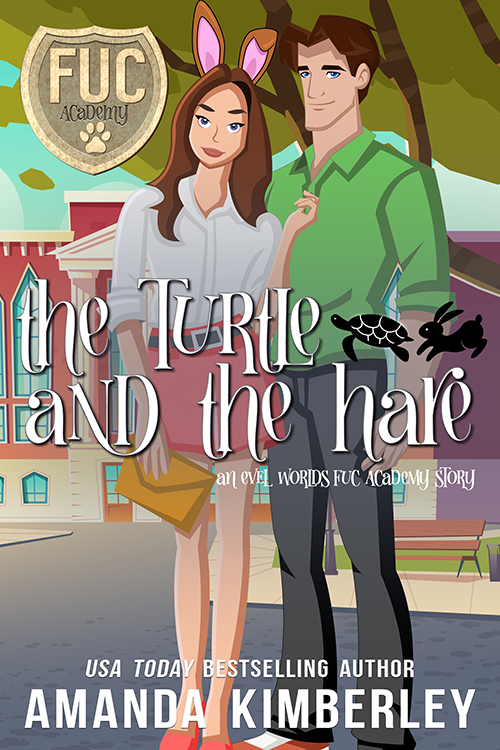 Part of the Hellenic Island series:

What happens when her pure hare-itage meets royal blood?

Harriet is descended from a long line of pure hares. Unfortunately, an experiment rendered her a hybrid, a mutant… a critter who runs towards danger instead of from it. Because of it, she’s found it near impossible to move up the ranks as a FUC agent.

Until a sexy leatherback turtle shows up at the Academy and demands Harriet be on his security detail!

Prince Lear from Skyros Island is in search of a mate, but everyone suitable has known him since he hatched. How is a slow-moving turtle supposed to find someone to polish his shell in this fast-paced world?

When he comes face to face with Harriet, he’s smitten. He doesn’t mind at all that she’s not reptile. Fast of word and fleet of foot, not only is this hare his lucky charm, she’s his mate too.

As if his royal turtleness didn’t have enough to balance on his back, a plot is afoot to steal his royal blood.

What will it take to convince her to make his shell her home?

Turtle and the Hare is a Furry United Coalition Newbie Academy (FUCN'A) book, set in Eve Langlais’ EveL Worlds and is available on all platforms!

Also available from Amanda Kimberley in the "Hellenic Islands" FUCN'A miniseries: The Turtle and the Roc and The Ferret and the Fossa!