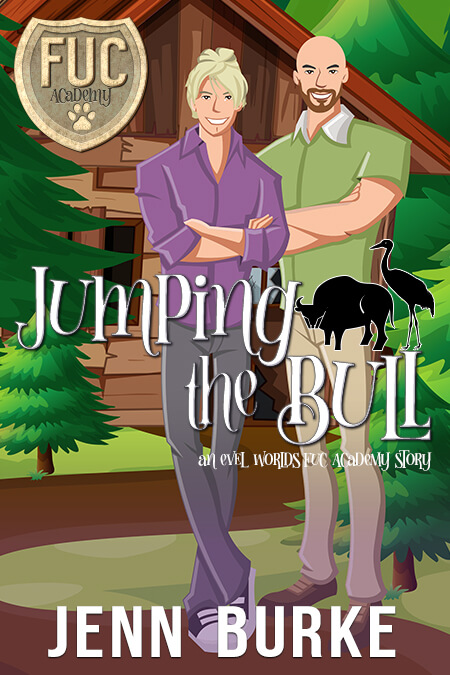 Everyone who looks at Ben and sees his six-foot-plus, muscular build assumes he’s in construction. Or the military. Or something that requires brawn over brains. In truth, he’s a mild-mannered human resources professional—or at least he was, until he got laid off. Now he’s looking for a second career as a Furry United Coalition agent, to discover how truly badass he can be.

Oliver’s enjoying a second career too, from exotic dancer to the FUC Academy’s yoga instructor. Big, badass men like Ben are totally his type—but he’s sworn them off, because they’re never good news. Except Ben is defying all of Oliver’s preconceived notions and making him wonder if maybe this bison is just the right type of badass for him.

When an undercover mission needs a bison shifter, Ben jumps at the chance to put his training to use. A twist of events forces Oliver and Ben to pretend to be married…which leads to an invitation to work for the bad guy on his bad guy ranch doing bad guy things. There’s no way they can pass up the opportunity to infiltrate the criminal operation.

Even if they’re a recruit and a civilian instructor who barely know what they’re doing.

And even if there’s only one bed waiting for them.

Jumping the Bull by Jenn Burke is an EveL Worlds novella set in Eve Langlais' Furry United Coalition (F.U.C.) World is available on all platforms!