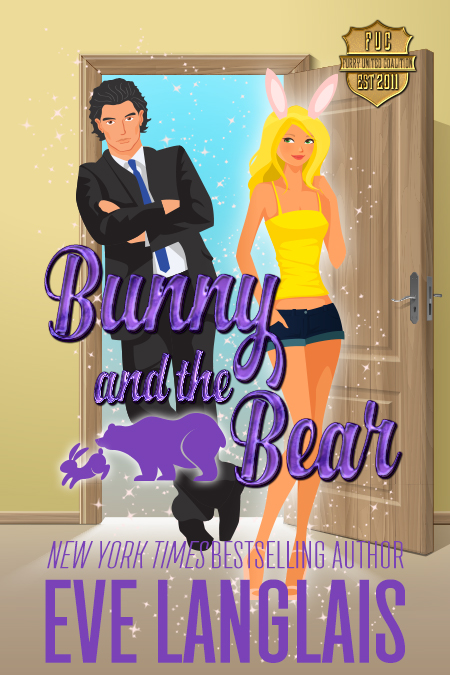 Warning: No bunnies were permanently harmed in the making of this story, but the prognosis isn’t so good for the pie.

Bears and bunnies aren’t supposed to mix, or that’s what Chase keeps telling himself when his bouncy new neighbor won’t stay out of his business—and his mind. However, the more he gets to know his overly perky neighbor, the more he craves her, a desire worse than his addiction to honey and pie.

Miranda’s on a mission for the Furry United Coalition, and it involves secretly guarding one grumpy ol’ bear. Staying focused on the job isn’t easy when all she can think about is turning his frown upside down, a task made harder when she gets a glimpse of his passion. When she hears about his theory on woodland creatures and predators not mixing, she thinks all is lost, but she didn’t count on a bear’s curious nature—and possessive need.

When an evil force abducts Chase, Miranda unleashes her bunny in order to save him, but the revelation of her shifter side puts her in danger. Is one ornery bear enough to save her from a mad scientist? And if he does, can a bear forget her woodland creature status long enough to love her and make her his mate?