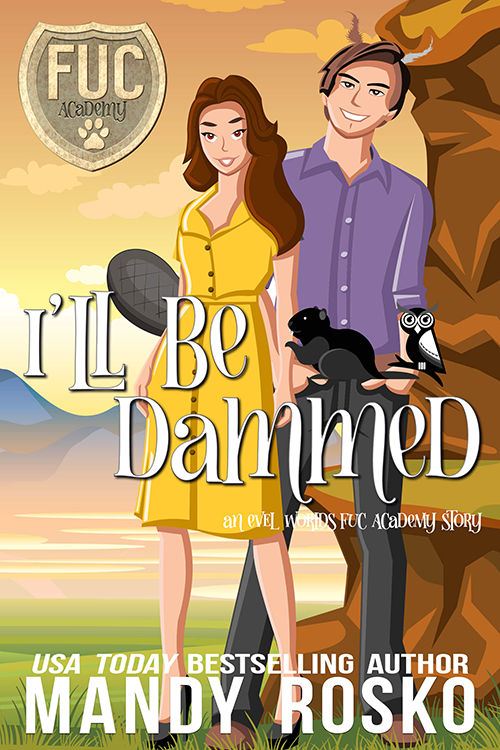 Albert Huntly lost his mate. For days she was gone and he had no idea where she was until flying overhead and spotting something that smelled just like her, though looked...a little different.

Waking up without her memory, shaved, unable to shift and sore all over, sucked the big one, but Beverly wasn’t about to let something like a barn owl finish her off. She's ready to fight, until the hooter shifts into a handsome man. Something switches on inside her, and she can shift again!

Back in her human form, this man feels safe. He feels like home. And apparently, he’s her mate. What a nice bonus! Even if she can clearly tell the scruffy, handsome bastard is hiding something from her. Something that feels incredibly important. Someone kidnapped her and did freaky science things to her, and she wants answers. She wants someone arrested. Not that she minds hitting the sack a few times with her mate before getting her revenge, but when this beaver wants something, she gets it.

And when her mate wants her beaver, Beverly’s happy to make him work for it.

I'll Be Dammed is a Furry United Coalition Newbie Academy (FUCN’A) book, set in Eve Langlais’ EveL Worlds and will is available on all platforms!

Note: This book is a standalone, but it is connected to Mandy’s other FUCN’A stories, Trash Queen (Warren and Trisha's story), Chillin' Out (Sam and Charlie's story), and Bits and Bobs (Steve and Cindy's story)!