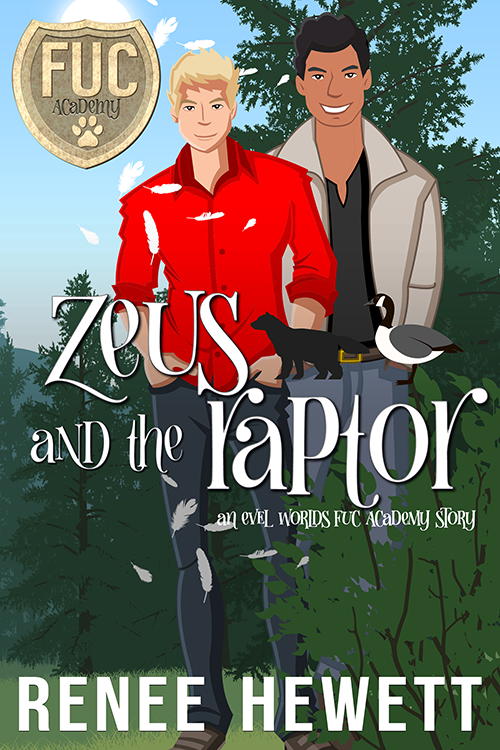 A comic convention with rooms full of fur suits, and a possible second chance at love.

Maddox Goosby is trying to regain a sense of normalcy. Ever since being kidnapped, experimented on, and turned into a featherless raptor monstrosity, the once goose shifter just wants things to go back to the way things were before. A great plan until his ex shows up.

FUC agent Zeus Ezzo has been leading the search for the scientists who targeted Maddox. Now, The Furry United Coalition Newbie Academy team is about to lead a mission to take them down. It seems only right Zeus invites his ex lover along for the ride. There’s just one problem. It’s a comic convention and everyone must be dressed in fur! Since Maddox’s shifter is naked as a freshly-hatched cuckoo he’s going to have to don a fake animal suit if he wants in on this undercover operation.

Will an adventure with an opportunity for vengeance, be enough to tempt Maddox back into Zeus’ arms?

Zeus and the Raptor by Renee Hewett is an EveL Worlds novella set in Eve Langlais' Furry United Coalition (F.U.C.) World and is available on all platforms!